Movies with a Message 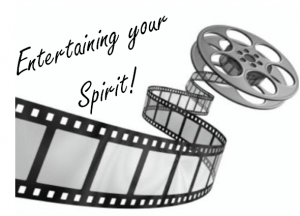 In our series Movies with a Message, we feature movies that convey a meaningful spiritual or ethical theme. Following the movie, participants have the opportunity to enter into discussion and reflect upon the meanings and implications of the movie.

Movies with a message begin at 6:15pm and are viewed in the Dominican Sisters of Peace Great Bend Motherhouse Auditorium.

*Free will donation taken for refreshments.

Upcoming Movies with a Message

The UK is about to switch its currency from Pounds to Euros, giving a gang a chance to rob the poorly-secured train loaded with money on its way to incineration. But, during the robbery, one of the big bags falls literally from the sky on Damian’s playhouse, a 7-year old given to talking to saints. The boy then starts seeing what the world and the people around him are made of. Ethics, being human and the soul all come to the forefront in this film.

Pope Francis:  A Man of His Word – Tuesday January 14

“Pope Francis – A Man of His Word” is intended to be a personal journey with Pope Francis, rather than a biographical documentary about him. The pope’s ideas and his message are central to this documentary, which sets out to present his work of reform and his answers to today’s global questions.  From his deep concern for the poor and wealth inequality, to his involvement in environmental issues and social justice, Pope Francis engages the audience face-to-face and calls for peace.

Marc Forster took on this biography of playwright James Matthew Barrie, the scribe who penned the children’s classic Peter Pan.  Johnny Depp stars as the turn-of-the-century writer as the film follows Barrie as he struggles to write and have his play produces for his down-on-their-luck neighbors who inspired the story in the first place.  J.M. Barrie’s Neverland also stars Dustin Hoffman, Kate Winslet and Julie Christie.

Paul, Apostle of Christ is the story of two men.  Luke, as a friend and physician, risks his life every time he ventures into the city of Rome to visit Paul, who is help captive in Nero’s darkest, bleakest prison cell.  Before Paul’s death sentence can be enacted, Luke resolves to write another book, one that details the beginnings of “The Way” and the birth of what will come to be known as the church.

The Need to Grow Tuesday April 14

The need to GROW follows pioneers of cutting edge technology as they fight to localize sustainable food systems and regenerate Earth’s dying soils.

The Man Who Knew Infinity Tuesday May 12

The story of the life and academic career of the pioneer Indian mathematician, Srinivasa Ramanujan, and his friendship with his mentor, Professor G.H. Hardy.

“I love the warm and welcoming feeling about Heartland Center. One is immediately aware of God’s presence and is drawn into the quiet and stillness of that presence particularly in the gardens and in the chapel.  This time for reflection and meditation has allowed God to speak to me without the distractions of daily life.”  ~A satisfied guest of Heartland Center for Spirituality.